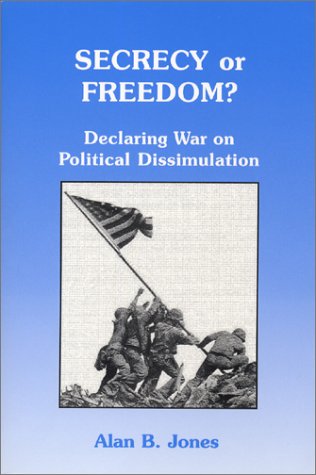 Secrecy or Freedom? delves back into history to identify and study our attacker, in order to seek out weaknesses which may be exploited. Such a weakness has been found-a true Achilles heel-enabling a counter-attack to be mounted not just to slow down our rapid descent into despotism, but to attack and emasculate the entrenched oligarchs who are seeking to rule us.

The second category, Promising Power, is the prime motivation for luring entry of future leaders into the secret societies. As Weishaupt planned, members are all to preferentially help each other rather than outsiders whenever in a position to hand out a favor. Members are promised an easy road to wealth, as long as they do as they are told, including keeping the society’s secrecy rules. They are led further and further into the realms of illegality, whence they are frozen into continued participation via the forces of blackmail and fear, including the fear of death. If they persist in constructive behavior, the carrot of future rulership of some portion of the Conspiracy will be offered. Since everyone harbors the notion that he is better qualified to rule than anyone else, the offer of power is extremely tempting.