View cart “GÖBEKLI TEPE: Genesis of the Gods” has been added to your cart. 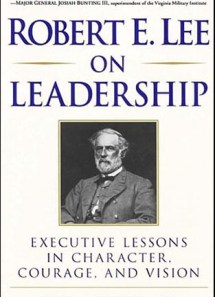 By H.W. Crocker. Gen. Robert E. Lee eluded the Union juggernaut for four years and cunningly thwarted his foe by applying successful leadership and military acumen, winning many battles even though losing the war.

However, his reputation and legacy have remained intact, suggesting leadership principles that could be applied today.
In very readable prose, H.W. Crocker reviews Lee’s career in the military, as a farmer and later as a college president. At the end of each chapter, Crocker provides a section called “Lee’s Lessons”—leadership principles based on Lee’s Christian lifestyle, his education and his character.
In this remarkable book, you’ll learn the keys to Lee’s greatness as a man and a leader. You’ll find a general whose standards for personal excellence was second to none, whose leadership was founded on the highest moral principles, and whose character was made of steel. You’ll see how he remade a rag-tag bunch of men into one of the most impressive fighting forces history has ever known.
You’ll also discover other sides of Lee—the businessman who inherited the debt-ridden Arlington plantation and streamlined its operations, the teacher who took a backwater college and made it into a prestigious university, and the motivator who inspired those he led to achieve more than they ever dreamed possible. Each chapter concludes with the extraordinary lessons learned, which can be applied not only to your professional life, but also to your private life as well.
Softcover, 256 pages