In this amazing compilation of in-depth essays, author William White examines the roles and effects of the Aryan and non-Aryan upon the cultures of the Near East and Europe. White calls upon his vast knowledge of ancient cultures to rewrite the history of this tumultuous era and present us with a finely-woven tapestry, uncolored by political correctness. Beginning with an explanation of how our myths and history have been so intertwined as to leave us asking where the line can be drawn, he moves onto examinations of the religious and cultural interplay between various disparate peoples.

Plus Bill’s experiences battling the Police State, and much more.

William A White is the former Commander of the American National Socialist Workers Party and, as the Lhasa Apso-headed Mark Potok of the Southern Poverty Law Center sees it, “the most wildly obnoxious neo-Nazi in the United States.”

Author of Centuries of Revolution (TBR Books, 2012) and Tradition of the Mother (Poisoned Pen Press, 2013), White is one of the country’s best-recognized proponents of National Socialist and Radical Traditionalism. In addition to his two full-length books, he has also contributed to Mimir: The Northern European Tradition (Numen Books, 2012) and Aritokratia (Numen Books: 2013), as well as being a former contributor to the American Free Press newspaper, the Barnes Review magazine, and a variety of smaller publications and websites.

Former publisher of Overthrow.com and National Socialist Magazine, White may be the most prosecuted man in America, having been the subject of seven federal prosecutions since 2008, all designed, in the words of one judge, to make him “shut up.” In 2008, White’s website and magazine were seized after he was falsely accused by former radio celebrity and “deep cover” federal informant Harold Turner of plotting to “assassinate” President Barack Obama “with a truck bomb”. After several attempts to prosecute him fell apart, White was eventually sentenced to 33 months in prison — still on appeal — for “aggravated cussing” at a federal juror involved in the prosecution of Matthew Hale and at a group of tenants involved in a phony racial shake down of their landlord. He fled the country in 2012, leaving behind the manuscript of Tradition of the Mother, and was arrested later that year in Mexico after a battle with Mexican police.

Now completing ten months imprisonment for violating a court-ordered ban on international travel, part of a larger three-year ban on his publishing within the United States, White has been researching and completing two upcoming works, the first Serpent’s Blood, focusing on the relationship between occultism, Judaism and the European nobility, and the second, Schools of Satan, focusing on Harvard and Yale University, their relationship to international Judaism, and their negative influence on American government and foreign policy. 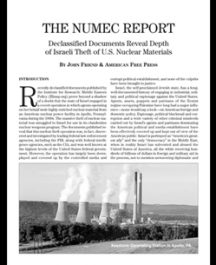