HOW the WORLD Really WORKS 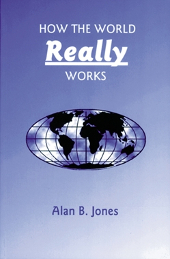 “Synopsizes” 12 books and explains how international power brokers will destroy America for the NWO.

1. A Century of War by F. William Engdahl, 1993.
2. Tragedy and Hope by Professor Carrol Quigley
3. The Naked Capitalist by Cleon Skousen
4. The Tax-Exempt Foundations by William H. McIlhany
5. The Creature from Jekyll Island by G. Edward Griffin
6. 1984 by George Orwell
7. Report from Iron Mountain by Leonard Lewin
8. The Greening by Larry Abraham
9. The Politics of Heroin by Alfred W. McCoy
10. Final Judgment by Michael Collins Piper
11. Dope, Inc. by the Editors of Executive Intelligence Review
12. Let’s Fix America! by Alan B. Jones

More and more, Americans are coming to feel that something has gone fundamentally wrong in our society. We have suffered repetitive wars, big and small, some won and some lost, but with peace always lost. Our society has been drained of around $5T in welfare costs since LBJ’s War on Poverty was declared, but with no diminution in the incidence of “poverty.” Our “War on Drugs” has also been a lost, with its societal costs running around $500B per year. The cost of fixes for runaway environmentalism has reached about $1T since the birth of the EPA and still going up. Two breadwinners per family has become normal, just to keep bread on the table.