View cart “PERFIDY: The Government Cabal That Knowingly Abandoned Our Prisoners of War and Left Them to Die” has been added to your cart.
Sale! 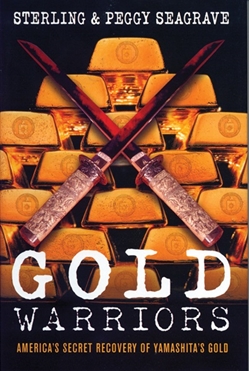 45 in stock (can be backordered)

In 1945, United States intelligence officers in Manila discovered that the Japanese had hidden large quantities of gold bullion and other looted treasure in the Philippines. President Truman decided to recover the gold but to keep its riches secret. These, combined with Japanese treasure recovered during the U.S. occupation, and with recovered Nazi loot, would create a worldwide American political action fund to fight communism. This “Black Gold” gave Washington virtually limitless, unaccountable funds, providing an asset base to reinforce the treasuries of America’s allies, to bribe political and military leaders and to manipulate elections in foreign countries for more than 50 years.