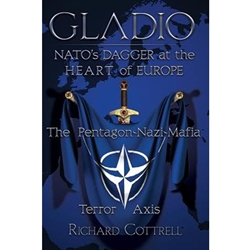 Wet works, false flags, assassinations, and subversion pin Europe down as a US colony. NATO death squads masquerade as a rear guard against a possible Communist takeover, but are in reality a hideous cancer poisoning European democracy.

Gladio architect Lyman Lemnitzer is implicated in the 1944 reintroduction of the Mafia into Sicily and the murder of the Kennedy brothers. Covert NATO operations were behind Solidarnosc, the fall of the Soviet Union, the color revolutions of Eastern Europe and North Africa, and the massacres of August 2011 in Norway and Libya.