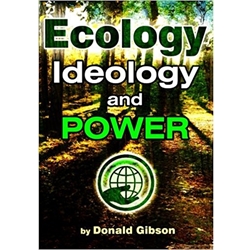 This book warns against the effort to sell a reactionary economic, political, and social agenda dressed up as concern for and protection of the environment. The author is in no way opposed to any genuine ecological concerns, but this work demonstrates that what we call “environmentalism” is primarily an expression of the world view of segments of the world’s upper class. When they talk to us about pollution, resource scarcity, and overpopulation, they are actually talking about their own fears and hatreds of the common people, and their ambitions for themselves. Whatever label we affix to today’s environmentalism, it is certain that it carries over into the 21st century the same kinds of reactionary, aristocratic, and elitist tendencies evident two centuries ago in England and Germany. Such tendencies also emerged in a significant way in the late 1800s in the United States, involving Malthusianism, social Darwinism, and the eugenics movement.