A History of Electricity and Life

Over the last 220 years, society has evolved a universal belief that electricity is “safe” for humanity and the planet. Scientist and journalist Arthur Firstenberg disrupts this conviction by telling the story of electricity in a way it has never been told before from an environmental point of view by detailing the effects that this fundamental societal building block has had on our health and our planet.

In The Invisible Rainbow, Firstenberg traces the history of electricity from the early 18th century to the present, making a compelling case that many environmental problems—as well as the major diseases of industrialized civilization, such as heart disease, diabetes, and cancer—are related to electrical pollution. The story of the invention and use of electricity has often been told before, but never from this point of view.

The assumption of safety, and the conviction that electricity has nothing to do with life, are by now so entrenched in the human psyche that new research and testimony by those who are being injured is not enough to change the course that society has set. Two increasingly isolated worlds—the one inhabited by the majority, who embrace new electrical technology without question, and the one inhabited by a growing minority, who are fighting for survival in an electrically polluted environment—no longer even speak the same language.

Arthur Firstenberg bridges the two worlds. In a story that is rigorously scientific yet easy to read, he provides a surprising answer to the question, “How can electricity be suddenly harmful today when it was safe for centuries?”

Arthur Firstenberg is a scientist and journalist who is at the forefront of a global movement to tear down the taboo surrounding this subject. After graduating Phi Beta Kappa from Cornell University with a degree in mathematics, he attended the University of California, Irvine School of Medicine from 1978 to 1982. Injury by X-ray overdose cut short his medical career. For the past thirty-eight years he has been a researcher, consultant, and lecturer on the health and environmental effects of electromagnetic radiation, as well as a practitioner of several healing arts.

“Few individuals today are able to grasp the entirety of a scientific subject and present it in a highly engaging manner, in plain English, without losing any of the details. In The Invisible Rainbow, Firstenberg has done just that with one of the most pressing but neglected problems of our technological age. This book, which as a medical doctor I found hard to put down, explores the relationship between electricity and life from beginning to end: from the early eighteenth century to today, and from the point of view of the physician, the physicist, and the average person in the street. Firstenberg makes a compelling case that the major diseases of civilization―heart disease, diabetes, and cancer―are in large part related to the pollution of our world by electricity.”―Bradley Johnson, MD, Amen Clinic, San Francisco

“The Invisible Rainbow is wonderful. Firstenberg has done his research thoroughly. His book is easily readable and provocative while being entertaining. A remarkable contribution.”―David O. Carpenter, MD, director, Institute for Health and the Environment, School of Public Health, State University of New York at Albany

“I found it to be a mystery unfolding and could not put it down. It shines a new light on diseases that come from electrical development, and addresses current environmental crises that only a few yet realize are the consequence of electrosmog. This book is very, very important.”―Sandy Ross, PhD, president, Health and Habitat, Inc.

“I was stunned by this book. It is an extremely valuable document about an increasingly widespread environmental health risk to which we are all exposed. I am overwhelmed with admiration for what Firstenberg has accomplished.”―William E. Morton, MD, DrPH, professor emeritus, Oregon Health Sciences University

“Firstenberg is a pioneer in the sense that Rachel Carson was a pioneer.”―Chellis Glendinning, PhD, author of When Technology Wounds 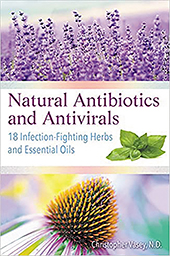 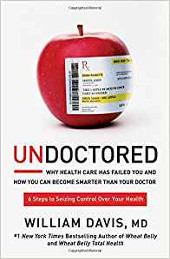 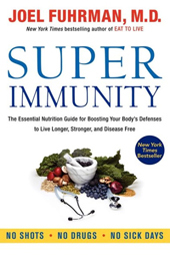