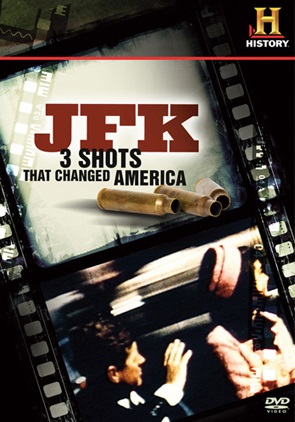 Just hours before his death, President John F. Kennedy appeared before a crowd in Fort Worth, Texas to honor the freedoms of America in what would be his final speech. Though the Zapruder film, a silent 8mm home movie of the presidential motorcade traveling through Dealey Plaza, is the most complete visual recording of JFK’s assassination, it is just part of a vast record of sights and sounds captured on camera that day.

This three-hour special from HISTORY™ uses unique, rarely seen or heard footage to document the Kennedy assassination and the nearly 50 years of speculation and controversy that changed America. Home movies from eyewitnesses, Dallas police dispatch radio recordings and raw news footage provide a shocking, unflinching look at the assassination of the president and the days that followed, while examining the aftermath and the enduring controversies that emerged as succeeding generations of Americans struggled to comprehend the sudden murder of an unforgettable leader.