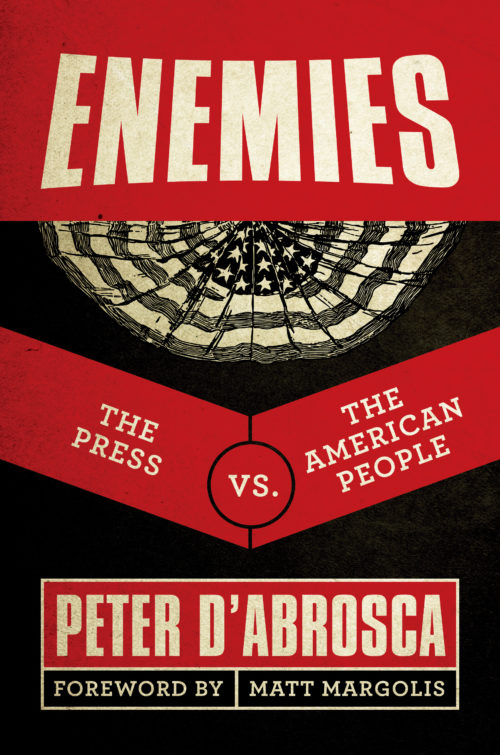 In this riotous step-by-step dismantlement of the propaganda arm of the Democratic Party, also known as the mainstream media, D’Abrosca exposes the tactics by which the profiteering press deceives ordinary Americans, while delivering an epic tongue-lashing to news’ most disreputable characters.

President Donald J. Trump drives liberals and the mainstream press berserk by labeling them the enemy of the American people. While the testy talking heads and petulant penmen in D.C. might disagree, all relevant evidence supports Trump’s claim. Hilariously told, Enemies: The Press vs. The American People is a knee-slapping account of the follies of the corporate press freak show. It highlights the media’s fact-free and for-profit deception of unsuspecting Americans while delivering the press the proverbial beat down it so richly deserves.