View cart “GEORGE SOROS: Marxist Manipulator PDF” has been added to your cart. 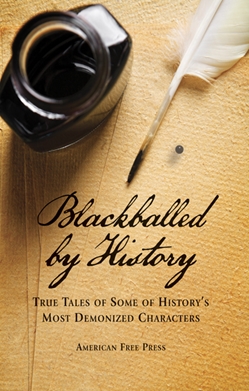 Contained in this book are six true tales of history that set the record straight on a few characters that have been blackballed by the court historians. Perhaps some of them deserve their reputation—and perhaps they don’t.

Some of the authors themselves have been “blackballed by history.” These include inventor Henry Ford, Belgian Waffen-SS General Leon Degrelle and American populist and nationalist publisher Willis A. Carto.

Once you read these true tales, however, you may think twice about believing what you read in mainstream history books ever again.