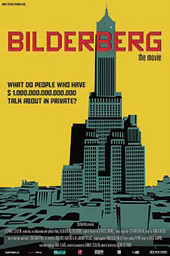 What do people who have a combined quadrillion dollars talk about in private?

What do people who have a combined quadrillion dollars talk about in private?

Bilderberg: The Movie is a documentary film about the origins, development, and expansion of one of the most elitist and secret organizations in today’s world: The Bilderberg Group. Once a year, the most powerful people on the planet meet behind closed doors. The Group is comprised of European prime ministers, American presidents, and the wealthiest CEOs of the world, all coming together to discuss the economic and political future of humanity.

The working press has never been allowed to attend, nor have statements ever been released on the attendees’ conclusions or discussions, which have ramifications for the citizens of the world.

Produced and written by Daniel Estulin. Directed and edited by Joan Cutrina. Starring:

A message from the Producer:

In 1992, I had lunch in Toronto with a former Soviet KGB spy who predicted, with great accuracy, the 1995 Quebec Referendum and its dire consequences for the rest of Canada. Back then, it was hard for me to believe that you could actually “know” the future, that is until I realized many years later that world politics are not decided at the ballot boxes but in opulent hotels by a small but very powerful group of people.

Former British Defense Minister Denis Healey put it this way: “World events do not occur by accident. They are made to happen, whether it is to do with national issues or commerce; and most of them are staged and managed by those who hold the purse strings.” Or to quote former British Prime Minister Benjamin Disraeli, “The world is governed by very different personages from what is imagined by those who are not behind the scenes.”

In 1993, I joined military counterintelligence and, after spending over a decade in the service, I can tell you that I completely agree with Healey and Disraeli. Little of what we are told in corporate media about the functionality of the world around us has to do with reality. In fact, just the opposite is true.

Delving into a world once shrouded in complete mystery and impenetrable security, Bilderberg: The Movie provides a fascinating account of the annual meetings of the world’s most powerful people—the Bilderberg Group. This film presents a human story that transcends decades, borders, and ideologies. Using methods that resemble the spy tactics of the Cold War, I did what no one else has managed to achieve: I learned what was being said behind the closed doors of the opulent hotels and have made it available to the public.

About The Producer and Author

Daniel Estulin (born August 29, 1966) is a Soviet-born writer, investigative journalist, public speaker, and film producer. His first book, The True Story of the Bilderberg Group, became an international mega best seller in 2005 with over 6.5 million copies sold in 68 countries and translated into 42 languages. The book won “best foreign language book of the year” award in Canada in 2005.

He has been nominated for the Nobel Peace Prize 2015 for his relentless pursuit of the truth. In December 2015, Estulin won Mexico’s highest decoration for journalism. Between 2012 and 2014, Estulin presented and directed the highest rated Spanish-language TV show in the world, Desde la Sombra (Out of the Shadows), on RT’s international channel. The show was called “the epitome of investigative journalism” by Russia’s President, Vladimir Putin.

Bilderberg: The Movie is his first film.

He produced and co-directed the documentary “One dollar the price of life” (2001) (Awards: Havana Film Festival, Texas Film Festival Cine las Americas, Documenta Madrid, Docúpolis Barcelona, Busan Film Festival, and Sitges Film Festival). He also directed the documentaries “Professionals, the most dangerous bank robbers in Spain” (2005) and “Facing the Sea” with Canal Arte (2006). His first fiction feature film as a director was “Alpha” (2013). He also directed TV series 12×25 “So Good” (2014) for international market. His second feature film is “Bilderberg: The Movie,” 2016.