Big Sister Is Watching You

31 in stock (can be backordered)

Big Sister Is Watching You: Hillary Clinton and the White House Feminists Who Control America and Tell the President What to Do

By Texe Marrs. First written in 1993, after Bill and Hillary seized the White House, Big Sister Is Watching You is a scathing exposé of the radical feminists, lesbians, female race hustlers, power-mad advisors, out-and-out communists and femi-nazis that forged Hillary’s political thinking—and it’s more important now than ever as Hillary poises herself to crash back into the White House with serial sexual predator Bill at her side.

If you aren’t scared yet, you ought to be.

This book discusses, as only prolific author Texe Marrs could, the threat posed by Hillary and the crazy gaggle of women who have helped her maintain power and fuel her greed for the last 25 years.

These gals aren’t like your mother or grandmother. They are unlike anything the world has ever experienced in politics in one place at one time. They’re ruthless, shrewd, and calculating—and they maintained a stranglehold on the Bill Clinton White House via their unbelievable influence over Hillary Clinton.

Recruited and empowered by their boss, Hillary, these are the women who told Bill Clinton what to do. Get ready, America, for the second coming of the femi-nazis!

Big Sister Is Watching You unmasks the coven of brutally politically correct women who ruled over us then and threaten again to do so. Hillary’s regiment of hardened, militant feminists include lesbians, sex perverts, child molester advocates, Christian haters, and the most doctrinaire of modern-day Bolsheviks.

They possessed awesome police state powers. One headed the FBI, another the IRS. Five were/are members of the Trilateral Commission and the Council on Foreign Relations—subversive organizations whose goal is to end American sovereignty and bring about a global Marxist paradise.

Then there’s Hillary Rodham Clinton. What dark power does she exercise over her husband, Bill? What’s her real goal? Was she always plotting behind the scenes to become president of the United States of America? Will she put the finishing touches on this frightening New World Order?

George Orwell’s prophetic novel, 1984, warned us about Big Brother. Now, in the bizarre 1990s, it’s time to “Move over Big Brother . . . your meaner Big Sister is moving in!”

AFTER READING THIS BOOK, WE DOUBT ANY WOMAN WILL EVER AGAIN WANT TO VOTE FOR HILLARY!

That’s right: This stunning book by former University of Texas professor and best-selling author Texe Marrs has ignited controversy across the U.S.A. This highly documented expose of Hillary Rodham Clinton and her gal pals has been banned and censored everywhere.

Anna Quindlan, the top feminist reporter for The New York Times, was furious when she read this book! She promptly wrote a national column blasting Marrs and demanding that the government silence him.

Discover the dark powers Hillary Clinton has over her husband, Bill, and what America’s most powerful woman plans to do after she herself becomes president in the year 2016.

SO IMPORTANT WE’RE OFFERING TWO FOR THE PRICE OF ONE!

• The Reversal of Reality
• Why Hillary Frightens Bill
• Who Wears the Pants?
• Hillary: “I would Crucify Gennifer Flowers”
• Hillary’s Political Appointments
• A Stooge for Kissinger?
• The Wicked Witch of the West Wing
• Hillary on Abortion
• Adam, Eve and big Sister
• The Women Who Want to Bring an End to God
• Hillary, Jezebel and the New Age Movement
• Hillary on Lesbianism
• Hillary on Homosexuality
• Hillary’s Personal Guru

Includes shocking information on the women who have forged Hillary’s political thought:

Maybe you haven’t heard of all these women, and maybe you have. Either way, anyone who reads this book will understand that Hillary is possibly the most dangerous character ever to run for president of the United States. 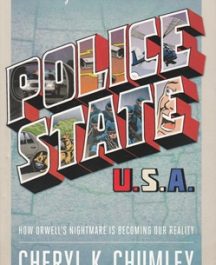 POLICE STATE USA: How Orwell’s Nightmare is Becoming our Reality 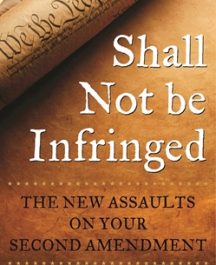 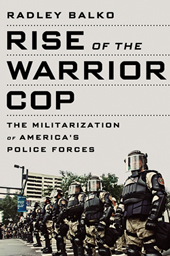 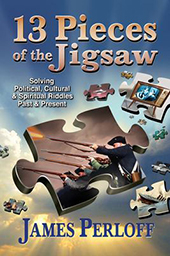 13 Pieces of the Jigsaw: Solving Political, Cultural and Spiritual Riddles, Past and Present