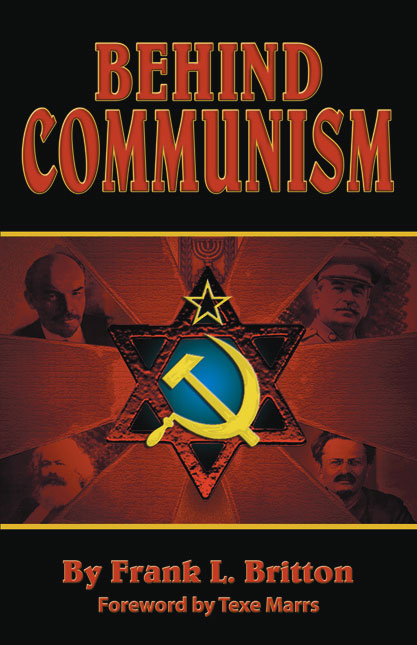 62 in stock (can be backordered)

Here is persuasive, unassailable proof that it was Jewish revolutionaries who invented and supervised the horrors and ravages of Communist totalitarianism. Karl Marx—a Zionist Jew—was inspired by Moses Hess—also a Zionist Jew—to formulate the dogma of the Communism system. Then, Lenin, a Zionist Jew, teamed up with Trotsky, a Zionist Jew, and other members of the Illuminati to seize the Russian Empire and turn it into a massive, bloody, killing and torture factory rivaling anything George Orwell (1984) could have ever conceived. In this groundbreaking book, you will be shocked to discover what and who is behind Communism.

To understand the total problem of Communism, it is necessary that we trace the course of the movement from its beginning to the present. We must understand who and what its originators were, and gain some idea as to the forces which influenced and shaped their philosophy. Unfortunately, any deep down discussion of Communism and Marxism involves the Jewish question. We cannot honestly discuss the subject without revealing and commenting on the fact that the founders of Russian Communism were Jewish. Neither can we ignore the fact that all but a few of the top leadership of the American Communist party including the recently convicted spies are of the same race. These are facts of history over which we have no control. But we are faced with the very serious problem of how to reveal these facts without being labeled and treated as “anti-Semites.” The main reason why so little is known concerning the true nature of Communism stems from this problem. Historical writers have been understandably reluctant to hold forth on the subject for fear of marking themselves as “race haters” and “bigots.” For this reason, the entire subject has been placed beyond the pale of discussion. One simply does not use the word “Jews” and “Communism” together. The result is, of course, censorship. In this work we have decided to breach the wall of silence at whatever cost, and to treat the subject as fairly and as honestly as we know how. No attempt is made to single out individuals because they happened to be born to a certain race; neither have we exempted anyone from criticism for that reason. It was decided that since Communism and Judaism are so irretrievably bound one to the other, a history of the Jewish people would contribute substantially to an understanding of the present Communist menace.