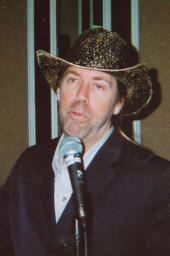 You can get the following great books listed below by respected researcher and prolific author Victor Thorn for one great price!

America’s Racial Powder Keg: How a Violent Dependency State Has Been Created in the Black Community

After being promised a “postracial” America by Barack Obama, this nation has instead seen cities set ablaze, anarchy in the streets, police officers assassinated in cold blood and violence directed against innocent whites. Rather than trying to temper this outrageous behavior, Obama and his cronies, including former Attorney General Eric Holder, gave their none-too-subtle nod of approval by associating with greedy race-peddlers like Al Sharpton. Spearheading a grievance industry that’s based upon an overt hatred of whites dating back hundreds of years, Sharpton and company have become fabulously wealthy as their black followers spiral toward destruction. Softcover, 149 pages, $20. On sale now for $15!

By Victor Thorn. In 2008, Barack Obama became the face of hope and change. Yet lurking behind the scenes is a host of people who long ago selected this man to forward a global agenda. Frontman reveals the actual powers behind his throne: Bilderberg plotters, Zionist handlers, global financiers and Marxist activists. Exposes the cabal of men and women whose goal is to radically transform the U.S. To cover their tracks, they have carefully hidden the life history of Barack Obama from the public. Softcover, 112 pages, $20.

THE HILLARY (AND BILL) TRILOGY

Part One of the Clinton Trilogy. Bill and Hillary’s meteoric rise to success is chronicled. It’s a carefully plotted path that has led to the White House. But along the way, a series of compromises had to be made, including a prearranged marriage, clandestine assignments for the CIA, and Hillary’s ultimate role as a “fixer” for her husband’s many dalliances. Pulling no punches, investigative journalist Victor Thorn paints a compelling portrait of secrecy, deceit, violence and betrayal. Softcover, 344 pages, $25.

Part Two of the Clinton Trilogy. Some of the most damning examples ever put into print of the U.S. government’s crimes and corruption are exposed in glaring detail. Beginning with the Clinton family’s long-standing ties to the notorious Dixie Mafia, this book illustrates how billions of dollars of cocaine, cash and weapons passed through Mena, Arkansas during the 1980s—with the full knowledge of Bill and Hillary—to finance the illegal war in Nicaragua. Softcover, 310 pages, $25.

Part Three of the Clinton Trilogy. Is the Clinton “body count” for real? This question has plagued the former first couple for much of their entire partnership, and has become such an integral part of popular culture that Hillary has been forced to sarcastically refer to it in press conferences. But is it just an urban legend? This volume presents overwhelming evidence that proves that the 110 people who’ve died under mysterious circumstances—all tied in with the Clintons—far surpasses any chance of coincidence. Softcover, 383 pages, $25.

9/11: Made in Israel— The Plot Against America

What this Victor Thorn book makes clear, and what many 9/11 “truthers” don’t know, is that a massive deception and cover-up exists not only in the mainstream media, but in the so-called 9/11 truth movement as well. It is true that 9/11 was an “inside job,” and criminal elements within the U.S. government were undoubtedly involved. But 9/11 was much more. It was an “outside job” also, ultimately facilitated by multiple, well-coordinated Zionist factions. Softcover, 138 pages, $15.

By Victor Thorn. This is the book that many influential 9/11 organizations and the Anti-Defamation League don’t want you to read or talk about. This is the book that Deep State insiders in the U.S. government prefer you forget all about. They describe it as “preposterous,” simply because the evidence compiled points a finger at Israel as a major player in the Sept. 11, 2001 terrorist attacks on America. But facts are facts; we do not control where they lead. Softcover, 123 pages, $15.

Finally, the veil of illusion has been lifted on the forces behind the NWO in one of the most comprehensive books ever written about the NWO’s global power structure. Now everyone can see beyond the conditioning and lies perpetuated by our political leaders and their mainstream media minions. If you are fed up with the status quo and feel as if you’re not being given the full picture, take the first step: read this book Softcover, 566 pages, $26.

By Victor Thorn. Here are the uncensored facts about the highest-profile murders in world history. Hit men, guru cult leaders, school shooters and cold-blooded political killers and those behind them exposed. Sixteen of the most infamous and shocking government-sponsored “hits.” The truth about Charles Manson and the Son of Sam, the Process Church, John Lennon’s many enemies, Princess Diana, the Port Arthur slayings, Marilyn Monroe, the Mary Pinchot Meyer murder; Kent State, the murders of Martin Luther King and Malcolm X, Squeaky Fromme and the Rockefellers, John Hinckley’s high-level connections, Sirhan Sirhan and RFK. Softcover, 280 pages, $30.