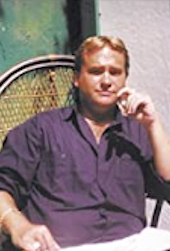 Remember Mike Piper Special – get all four books below for $90. That is $22 off the combined book prices.

Piper was truly the author the Israeli lobby loves to hate. Repeatedly attacked over the years by propagandists for Israel, Piper is undaunted, despite the fact his life was threatened by Irv Rubin, violent leader of the terrorist Jewish Defense League. Once, after discovering a wiretap on his telephone, Piper noted wryly, “The Vatican didn’t put that wiretap there.”

In the style of his combative, colorful great-great grandfather, famed bridge builder “Colonel” John Piper—surrogate father and early business partner of industrial giant Andrew Carnegie—the outspoken author relished any opportunity to confront his many critics, although they refused to debate him.

Like his ancestor, Piper was a bridge builder in his own way: He had lectured around the globe in places as diverse as Abu Dhabi in the United Arab Emirates; Moscow, Russia; Kuala Lumpur, Malaysia; Tokyo, Japan; Tehran, Iran and across Canada. Police-state-minded advocates of war and imperialism were always disturbed at Piper’s energetic efforts to forge links of understanding among peoples of all creeds and colors.

A lover of dogs, cats, and all animals and an unapologetic old-style American progressive in the LaFollette-Wheeler tradition, Piper rejected the labels of “liberal” and “conservative” as being archaic, artificial, and divisive, manipulative media buzzwords designed to suppress popular dissent and free inquiry. On one occasion Piper was offered a lucrative assignment in a covert intelligence operation in Africa, but turned it down, preferring his independence—a position in keeping with his ethnic heritage: another of Piper’s great-great grandfathers was a full-blooded American Indian.

Sourcing much of his writing from his library of some 10,000 volumes—including many rare works—Piper was a contributor to American Free Press, the Washington-based national bi-weekly, and the historical journal, The Barnes Review. One media critic hailed Piper as one of the top 25 best writers on the Internet.

Throughout his career, Piper led the way on several major stories. In 1987, he was the first to expose the Justice Department frame-up of Pennsylvania State Treasurer Budd Dwyer that led to Dwyer’s shocking public suicide. Piper was also the first to expose San Francisco-based Roy Bullock as an operative for the Anti-Defamation League (ADL), a conduit for Israel’s Mossad, involved in illegal spying on American citizens. This was seven years before The New York Times confirmed Bullock’s ADL link. The ADL will never forgive Piper for his pivotal front-line role in unmasking Bullock.

Piper was the only journalist to dare to assert that the Oklahoma City bombing was a Mossad “false-flag” operation aimed at implicating Saddam Hussein—a scheme derailed by U.S. investigators who rejected Israel’s machinations, opting instead for another “lone nut” cover-up. Piper’s pioneering work on Israel’s role in 9/11 has been echoed by truth seekers and damned by defenders of Israel for its accuracy