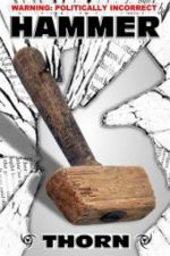 Oftentimes, the global elite don’t rely solely on politicians and other internationalist leaders to meld their ideas into society. Instead, they utilize philosophers, psychologists, novelists, secret society figures, and other “radicals.”

The individuals contained in this book are, without doubt, the hardest hitting writers in Western civilization. Their ideas are not for the meek of spirit or mild of heart. Included are Nietzsche, The Protocols of Zion, Machiavelli, de Sade, Mencken, Marx, Albert Pike, and many others.

*** The Protocols of Zion

They’re the most dangerous philosophers and authors in history, and for the first time ever these 24 men and women are gathered together between the covers of a single book.

But casual readers beware: the ideas contained herein topple, wrecking ball-style, the most cherished of human illusions & delusions. Those with feint hearts who still flail and grasp at even one conceptual crutch will have their bubbles burst with poisonous darts.

In all honesty, the vast majority of people were never intended to ponder the notions contained within this anthology. Rather, a placating, all-encompassing system has been erected for them where the herds merely trudge along to work each day, send their kids to public indoctrination schools, sit in church pews on Sunday mornings, largely swallow what talking heads tell them on TV, and accept the consensus reality passed along by their parents (and society in general). This book isn’t for them.

In fact, this book isn’t even intended for supposed free-thinkers that have somehow succumbed to the perils of political correctness. Stated differently, if you believe that all men were created equal, the meek shall inherit the earth, and universal brotherhood will unite our world. Well, I guarantee you’ll walk away disillusioned.

The writers analyzed in this book don’t convey their ideas with feather-pens of love, but hammers of cold, brutal intensity. As a result, they’ve been maligned, misunderstood and misinterpreted. Worse, the hatred directed at them didn’t end with their deaths. Instead, they’re still despised in many quarters today, mostly by the 99% afflicted with Group Think that never read their actual works.

Ironically, despite being condemned as evil, sadistic or possessed by satanic forces, only one individual chronicled in these pages ever committed a murder (and that, suffice it to say, was by accident).

Some were imprisoned, others went insane, while the rest were publicly derided, alienated or marginalized as extremists. In all fairness, none of these icons were beyond reproach by any stretch of the imagination, and often their willful actions attracted the scorn heaped upon them. By deliberately poking a stick in their culture’s collective eye, it’s not surprising that severe blowback ensued.

Regardless, each of these Outsiders kept pulling their respective triggers. Whereas critical damnation seemed to compel them to brandish even more offensive provocations, labels such as “blasphemy,” “profanity,” “miscreant” and “heresy” only served to further ignite the fuses of their powder-keg personalities.

With this brief introduction in mind, by and large, my role in this anthology is minimal. Instead, I’ve allowed each subject, their critics and biographers to speak for themselves. It’s their voice you’ll hear. I’m merely the compiler.

Beware all ye who enter, for here dragons lie in wait along treacherous paths. The portals of faith you so endearingly embrace shall find little respite or a safe dwelling place. The gates are narrow and the circles wide as ye float about the seas of this melancholy storm. Escape your Mind Hive: think dangerously.