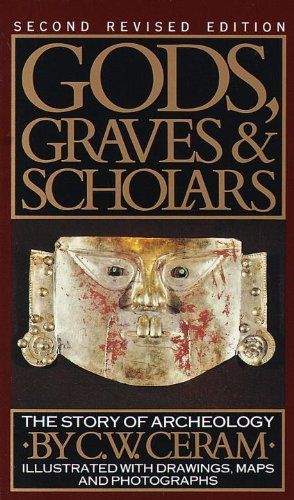 I. THE BOOK OF THE STATUES

I the Queen of Naples: From her Garden to Pompeii – 3

II Winckelmann: The Birth of a Scientist – 10

III Interlude: Why Search for the Past? – 16

IV Schliemann (I): A Merchant Digs for Trojan Gold – 26

VIII Evans: Crete and the Minotaur – 61

II. THE BOOK OF THE PYRAMIDS

The Empires of Egypt

IX Napoleon: In the Land of the Pharaohs – 75

X Champollion (I): The Mystery of the Rosetta Stone – 88

XIII Petrie: The Tomb of Amenemhet – 136

XIV Robbers in the Valley of the Kings – 152

XVI Carter: The Tomb of Tutankhamen – 176

III THE BOOK OF THE TOWERS

The Kingdoms of Assyria, Babylonia, and Sumeria

XXII George Smith: The Story of the Flood – 265

XXIII Koldewey: The Tower of Babel – 279

XXIV Wolley: The Oldest Culture in the World – 297

IV THE BOOK OF THE TEMPLES

The Empires of the Aztecs, the Mayas, and the Toltecs

XXIX The Mystery of the Abandoned Mayan Cities – 370

XXXI Aztecs, Mayas and Toltecs: Whence Did They Come? – 405

V BOOKS THAT CANNOT YET BE WRITTEN

“This has become the archaeologist’s grandiose task: to make dried-up wellsprings bubble forth again, to make the forgotten known again, the dead alive, and to cause to flow once more that historic stream in which we are all encompassed.”

“Archaeology, I found, comprehended all manner of excitement and achievement. Adventure is coupled with bookish toil. Romantic excursions go hand in hand with scholarly self-discipline and moderation. Explorations among the ruins of the remote past have carried curious men all over the face of the earth… Yet in truth, no science is more adventurous than archaeology, if adventure is thought of as a mixture of spirit and deed.”

C. W. Ceram (January 20, 1915 – April 12, 1972) was the pseudonym of German journalist and author Kurt Wilhelm Marek, known for his popular works about archaeology. He chose to write under a pseudonym to distance himself from his earlier work as a propagandist for the Third Reich.

Ceram was born in Berlin. During World War II, he was a member of the Propagandatruppe. His works from that period include Wir hielten Narvik, 1941, and Rote Spiegel – überall am Feind. Von den Kanonieren des Reichsmarschalls, 1943.

In 1949, Ceram wrote his most famous book, Götter, Gräber und Gelehrte — published in English as Gods, Graves and Scholars: The Story of Archaeology — an account of the historical development of archaeology. Published in 28 languages, Ceram’s book eventually received a printing of over 5 million copies, and is still in print today. His very first article in this vein was about Epigraphy entitled: On the Decipherment of an Unknown Script and was published in the Berliner Illustrierte (1935).

Other books by the author include The Secret of the Hittites (1956),March of Archaeology (1958) and The First American (1971), a book on ancient North American history. Under his actual name he wroteYestermorrow: Notes on Man’s Progress (1961); Hands on the Past: The Pioneer Archaeologists Tell Their Own Story (1966).

Kurt Marek was responsible for the publication of A Woman in Berlin, presented as the non-fiction account of a German woman raped by Red Army troops.

The Ceram Prize in archaeology is named after him.

1 in stock (can be backordered)

A passionately written, timeless classic. C.W. Ceram visualized archeology as a wonderful combination of high adventure, romance, history and scholarship, and this book, a chronicle of man’s search for his past, reads like a dramatic narrative. We travel with Heinrich Schliemann as, defying the ridicule of the learned world, he actually unearths the remains of the ancient city of Troy. We share the excitement of Lord Carnarvon and Howard Carter as they first glimpse the riches of Tutankhamen’s tomb, of George Smith when he found the ancient clay tablets that contained the records of the Biblical Flood. We rediscover the ruined splendors of the Hanging Gardens of Babylon, one of the wonders of the ancient wold; of Chichen Itza, the abandoned pyramids of the Maya: and the legendary Labyrinth of tile Minotaur in Crete. Here is much of the history of civilization and the stories of the men who rediscovered it.