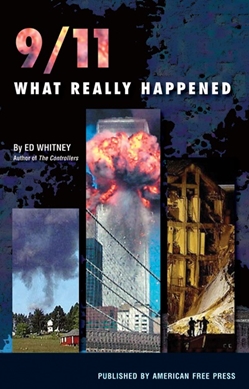 The official story of the September 11, 2001 attacks on the United States is well known to most Americans. According to the U.S. government and the mainstream media, 19 members of al Qaeda, a militant group led by Osama bin Laden, hijacked four U.S. airliners. Three were flown into buildings, and one crashed in Pennsylvania after a heroic effort by the passengers to regain control of the plane.

That’s the federal story. But what facts are there to support this tale?

Ed Whitney, author of The Controllers, explains what did not happen and presents a much more plausible scenario.