Red Republicans and Lincoln’s Marxists: Marxism in the Civil War 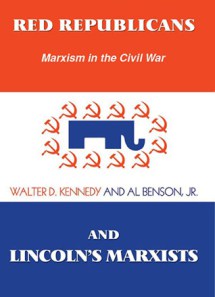 The pair completely reassess this tumultuous time in American history, exposing the “politically “correct” view of the War for Southern Independence as nothing less than the same observation announced by Marx himself. During the American Civil War, Marx wrote about his support of the Union Army, the Republican Party and President Lincoln himself.

In fact, he named the president as “the single-minded son of the working class.” In addition to shedding light on this little-known part of our history, Kennedy and Benson also ask pertinent questions about the validity of today’s federal government and why its role seems so much larger than ever before.