The Most Dangerous Man in the World: Julian Assange

The Most Dangerous Man in the World: The Explosive True Story of Julian Assange and the Lies, Cover-ups and Conspiracies He Exposed

The battle lines are drawn: freedom of speech against the control of the State. The Internet is the battle ground. In this war there will only be one winner. In The Most Dangerous Man in the World, award-winning journalist Andrew Fowler talks to Julian Assange, his inner circle, and those disaffected by him, deftly revealing the story of how a man with a turbulent childhood and brilliance for computers created a phenomenon that has disrupted the worlds of both journalism and international politics. From Assange’s early skirmishes with the “cult” of Scientology in Australia to the release of 570,000 intercepts of pager messages sent on the day of the September 11th attacks and on to the visual bombshell of the Collateral Murder video showing American soldiers firing on civilians and Reuters reporters, Fowler takes us from the founding of WikiLeaks right up to Cablegate and the threat of further leaks in 2011 that he warns could bring down a major American bank. New information based on interviews conducted with Assange reveal the possibility that he has Asperger’s syndrome; the reason U.S. soldier Bradley Manning turned to an ex-hacker to spill military secrets; and how Assange helped police remove a “how to make a bomb” book from the Internet. The mother of one of his children also talks for the first time about life with Julian when he was setting up WikiLeaks.

According to the “Pentagon Papers” whistleblower Daniel Ellsberg, Julian Assange is “the most dangerous man in the world.” But just who is Julian Assange, and why is his quest for transparency and freedom of the press so dangerous in the eyes of his detractors? In a fascinating account that reads like a Tom Clancy thriller, Fowler reveals all—what it means, and why it matters. Like The Looming Tower on 9/11 or The Lords of Finance on the collapse of the US economy, The Most Dangerous Man in the World is the definitive, journalistic account of a massive global news event that’s changing the face of journalism and the way governments do business.

An in-depth look at Assange from his childhood to the current day with the anti-secrecy Wiki-Leaks “revolution.” It has all the ingredients for a big-screen tale of intrigue and conspiracy: the plucky underdog vying to buck the system, sexual complications and powerful government forces with secrets to hide. . . . The book details Assange’s life from his childhood on Magnetic Island in Queensland, Australia, all the way through to his founding of the whistleblower website. By far the best book written about WikiLeaks. Investigative journalist Andrew Fowler’s The Most Dangerous Man in the World . . . comes up with a number of exclusives.

Andrew Fowler is an award-winning investigative journalist and a contributing reporter for the ABC’s Foreign Correspondent and Four Corners programmes. He has been chief of staff and acting foreign editor of The Australian newspaper and a reporter with SBS Dateline and Channel 7, as well as heading up the ABC’s Investigative Unit. He first interviewed Julian Assange for the ABC in May 2010. 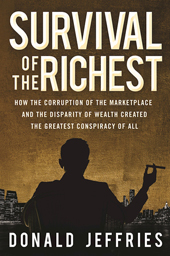 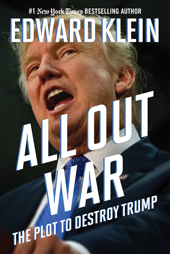 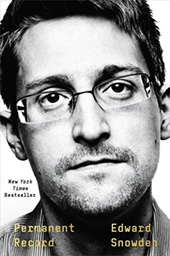