Only Jim Tucker could pull back the veil of secrecy from the Bilderberg Group and only AFP has the courage to publish this volume.

Now, in the pages of Jim Tucker’s Bilderberg Diary, Jim Tucker lays out, for the first time, his entire remarkable history of covering Bilderberg (and its Trilateral and CFR allies), literally infiltrating Bilderberg meetings, procuring their private documents, and working relentlessly to shine the spotlight of public scrutiny on Bilderberg’s affairs. Tucker’s prose, first-hand, folksy and colorful, will introduce you to the little-known arena of the Bilderberg elite.

This volume is a memorable and panoramic journey that will lay bare the realities behind modern-day international power politics in a way that you’ve never seen before. And the book includes several representative lists of Bilderberg membership over the past several years, more than 80 fascinating on-the-spot photographs of the Bilderbergers in action and photo reproductions of actual Bilderberg documents secured by Tucker. Plus a fascinating Afterword by Willis A. Carto, the man who first suggested Tucker cover Bilderberg forThe Spotlight newspaper, realizing what was happening behind closed doors at Bilderberg meetings was far more important, and sinister, than Bilderberg press releases were admitting.

If you’ve ever heard the mass media claim that concerns about Bilderberg are “just some crazy conspiracy theory,” you’ll definitely think otherwise as you travel with Jim Tucker into the world of Bilderberg. 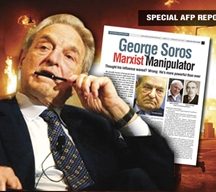