Was the Iraq war really about oil? As a senior oil advisor for the Office for Reconstruction and Humanitarian Assistance (ORHA) and briefly as minister of oil, Gary Vogler thought he knew. But while doing research for a book about his experience in Iraq, Vogler discovered that what he knew was not the whole story—or even the true story. The Iraq war did have an oil agenda underlying it, one that Vogler had previously denied. This book is his attempt to set the record straight.

Iraq and the Politics of Oil is a fascinating behind-the-scenes account of the role of the US government in the Iraqi oil sector since 2003. Vogler describes the prewar oil planning and the important decisions made during hostilities to get Iraqi oil flowing several months ahead of schedule. He reveals how, amid the instability of 2006 (largely fueled by the arrogance of early US decisions), the fixing of the Bayji Refinery contributed significantly to the success of the oil sector in the Sunni part of northern Iraq during and after the surge. Vogler gives us an expert insider’s view of the largest oilfield auctions in the history of the international oil industry, and his account shows how U.S. Forces’ focus on a single Iraqi point of failure in 2007 was a primary factor in the record productions and exports of 2012 through 2017.

But under the successes so deftly chronicled here, a darker political narrative finally emerges, one that reaches back to the decision to go to war with Iraq. Uncovering it, Vogler revises our understanding of what we were doing in Iraq, even as he gives us a critical, close-up view of that fraught enterprise.

Gary Vogler is president of Howitzer Consulting, LLC. From December 2006 to September 2011 he was a senior oil consultant for US Forces in Iraq, and before that he served as deputy senior oil advisor, CPA, for Baghdad, and as senior oil advisor, ORHA, for the Pentagon, Kuwait, and Baghdad. Vogler, a former US Army officer, has also worked in management positions at ExxonMobil and Mobil Oil Corporations for over two decades.

“Vogler’s book is more than a re-examination of the reasons for the invasion . . . for watchers of Iraq’s energy sector, it’s a goldmine.”—Petroleum Economist

“This is the most thorough study of the challenges, successes, and failures of the oil industry in Iraq after the 2003 invasion. A highly thought-provoking book. Highly recommended.”—Choice

“After five months of Pentagon planning and six years of implementation in Iraq, Gary Vogler discovered the secret oil agenda that sent the United States to war in the Middle East. His revealing and compelling narrative will both surprise and anger many Americans about neoconservative greed, dishonesty, and treachery. Iraq and the Politics of Oil tells the truth—and the truth about this grave historical blunder is long overdue.”—Donald T. Phillips, author of Lincoln on Leadership for Today

“Mr. Vogler’s first hand account of his years working to rebuild the Iraqi oil sector is a must-read for students of post-conflict reconstruction. It demonstrates how even with advanced planning by top industry experts, this crucial sector still faced unanticipated bureaucratic infighting, political interference, Congressional budget constraints, and deteriorating security. Mr. Vogler describes in intimate detail how a remarkable group of dedicated Iraqis and Americans came together to try to overcome these challenges, providing valuable lessons for the future.”—Ambassador Robin Raphel, former Deputy Inspector General for Iraq Reconstruction

“Gary Vogler spent 72 months in Iraq after the invasion in 2003 working on oil infrastructure. I know no other person better qualified to write this story. And the management of oil in Iraq over this period is an important story.”—Gordon Rudd, author of Reconstructing Iraq: Regime Change, Jay Garner, and the ORHA Story

“This important book provides the reader with a mosaic of the Iraq oil story from 2002 to 2011; it is written by the one American who experienced and contributed to all of it.Gary Vogler describes the details of our country’s prewar oil planning, followed by the challenges of executing those plans once inside of Iraq. As a former army officer and oil industry executive, Vogler was uniquely qualified to be the senior oil advisor to both the US coalition and the newly formed Iraqi government. His advice, experience, and leadership was instrumental in restarting the Iraqi oil sector. This is a must-read for all senior military and foreign service officers.”—Jay Garner, retired Lieutenant General, US Army 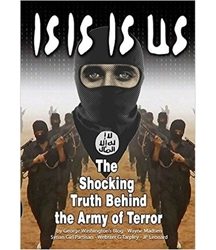